The town of Gairo Sant'Elena and its fascinating fraction of Gairo Taquisara (for the total of 1604 inhabitants on the date of December 31, 2008) are situated in the central eastern part of the island, at the altitude of 650-800 meters above sea level, and dominate the peculiar valley of Rio Pardu.
The Commune (an administrative unit in Italy) of Gairo makes part of the province of Ogliastra. Its total territory is 82,20 sq.km.
is not true that the name of ''Gairo'' derives from the precarious hydro-geological characteristics of its territory, but stems from the transformation of the city name of Galilenses, Galilium, who lived in the area and is mentioned once in the history of St. George Bishop.

After the extraordinary rains of 1951 and 1953, the old town was abandoned, because of the dangerous landslides that injured the buildings, to be reconstructed then by the state a bit higher, and under the name of Gairo S.Elena. 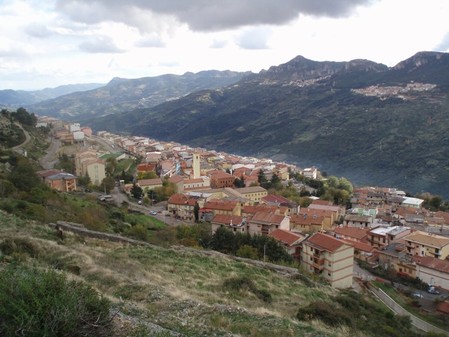 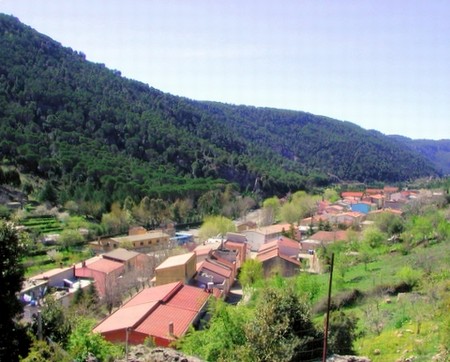 Gairo Vecchio (Old Gairo) nowadays has become an attractive phantom village, were the typical elements of a spontaneous and traditional architecture can still be observed and appreciated.
Alongside the railway route of Sardinia Railways, there's the station of Gairo Scalo (Taquisara), which gathered around itself several houses of the homonymous village. The landscape is characterised by the presence of forests and limestone ''heels'', among which the natural monument of Perda e' Liana stands out. It is a magnificent mount, which strange peak of 1237m high dominates the vast area of Gennargentu.
It's very remarkable the presence of the monuments, dating back to the prenuraghic and nuraghic period, among which the villages of Is Tostoinus and Perdu Isu are notable.
The Marine of Gairo, situated on the coast to the south of Barisardo e Cardedu, preserves enchanting and unfrequented beaches, ideal for those who prefer quiet holidays.
Gairo can be reached from Arbatax by the road SS 198 to Seui in 34 km; from Nuoro by the new highway passing almost parallel to the old road SS 389 in less than 80 km; from Cagliari by the road SS125 one can reach Gairo in about 135 km. Besides, in Gairo Taquisara the famous train Trenino Verde (Green Train) makes a stop; its way is very intricate, but lies through the most wild and fascinating landscapes, and passes through the centre of the island, connecting Cagliari and Tortolì.
The territory of Gairo borders on Arzana in the north-west, on Arzana, Lanusei and Barisardo - in the north-east, on the Tyrrhenian Sea - in the east, on Cardedu - in the south, and in the following order: on Tertenia, Osini, Jerzu, again on Osini and Jerzu, then on Osini, Ussassai, and, finally, on Seui, that closes the border perimeter - in the south-west.